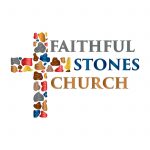 The Reverend Curtis Hamilton has seen this ministry grow from its humble beginning to its present location at 299 East Utica Street, Buffalo, New York. It was in the summer of 1980, under the leadership of the late Bishop James A. Dockery, that he received a call to seek the lost at any cost. Consequently, he moved, at the leading of the Holy Spirit, from 800 Sycamore Street to where his sister lived and began preaching at her home at Dodge and Michigan Avenue. It was a place that was known for its activities; where men engaged in their drinking, gambling and after hour social activities. Here he had a captive audience and began preaching and proclaiming the gospel of Jesus Christ.

He was led to seek a more suitable place of worship. Therefore, it was at 120 Laurel Street that the Word of Faith COGIC was born. The Lord filled the house not only with His presence, but also with converted souls. The church remained in that location for about 1 and ½ years. The ministry increased from 5 to 45 which exceeded the seating capacity and the church began to seek for a larger facility. In 1983, the Lord directed the young Pastor to 299 East Utica Street. The building was formerly used as a Post Office, but now it was time to change its purpose from a place where letters were post marked to a cathedral where soul are marked with eternal life. The Pastor and members of the church renovated the building which became a soul saving station for the lost and a haven for the saints to grow in grace.

In 1995 the new current place of worship was built and has a seating capacity of over 400 people. Later, the church’s name was legally changed from Word of Faith COGIC to Word of Faith Church due to some differences in the biblical interpretation of Scripture. The church serves and encourages the body of Christ through ministries such as Ushers, Greeters, Media and servers for the all the needs of the ministry which play a vital role in building and sustaining the house of God. It remains the vision to meet the needs of this community through the  message of the gospel of Christ.  Pastor Curtis A. Hamilton maintained the Great Commission vision – “to train an army of men and women, going forth winning souls for Christ.”

In 2019 Pastor Hamilton passed the mantle of preaching and lead Pastor to his son Elder Mark Hamilton.  Since 2019 Pastor Mark Hamilton along with his father Elder Curtis Hamilton and Elder Cyrus Hines has continued to pursue the vision of the Great Commission through faithful preaching/teaching, strengthening the believer, making disciples and leading the church into biblical reformation by the Word of God. The name change was in the works for some time.  After explaining to the congregation the connection the former name had with false teachers and false doctrine, the name had to change.  Bearing fruit in keeping with repentance we not only changed the name but saw the necessity for renewal and reform.  As the Lord faithfully builds his church in every era and age, we remember, repent and reform. We welcome this message of the need for the church to reform.  Semper Reformanda - always reforming.  Our desire is not to honor tradition or heritage over clear scriptural teaching but to humble ourselves and submit to the authority of the sacred text. Far from changing or introducing new doctrines but continuing in sound doctrine (2 Tim 3:14)  to further define and understand and hold to what God has already providentially provided the church. Faithful Stones Church is a community of believers crying out in the city, for the city. His name and renown are the desire of our soul (Isaiah 26:8).

For Christ, by Christ, in Christ.